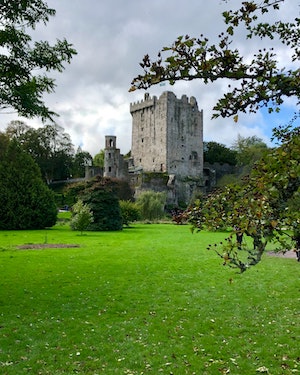 Winifred “Una” Hayes died peacefully on Wednesday, March 24, 2021 at Boston Medical Center due to complications from a cardiac episode. Una was born in Galway, Ireland on July 22, 1937. She was 83.

Una emigrated to America in the late 1950s to join her older siblings, Jack, Mary, and Sheila, in the Boston area. She eventually settled in South Boston where she spent many wonderful years and made many lifelong friends.

Una enjoyed spending time with her family and close friends, especially all her dear nieces and nephews who she treated like her own children. The family loved to hear her many entertaining stories, as she seemed to know everyone. Throughout her years in Boston, Una enjoyed many evenings socializing at the Irish dances. A devoted Catholic, Una was a loyal member of Gate of Heaven & Saint Brigid’s Parishes of South Boston where she attended daily mass. Her faith was important to her and carried her through hard times and illness; even at the end of her life, she was surrounded by her eternal devotion.

She is survived by her loving sisters, Mary Murphy of East Sandwich, Delia (Dee) Gibbon and her husband, Kenneth, of Boscawen, New Hampshire, Catherine (Sis) Burke and her husband Jim and Eileen Shaughnessy both of Galway, Ireland, many dear nieces and nephews, great nieces and nephews, cousins and countless loving friends. She was predeceased by her parents, Michael Hayes and Julia (Cavanaugh) Hayes and her siblings, Martin Hayes, John (Jack) Hayes, Anne Phillips, Sheila Cashman, Patrick (Patsy) Hayes, and Michael Hayes.

Una will be deeply missed by all those who knew and loved her, especially her loving immediate and extended family and close friends.

In lieu of flowers, donations can be made in Una’s name to the Gate of Heaven & Saint Brigid’s Parishes at 841 East Broadway, South Boston, MA 02127. Una's Funeral Mass will be livestreamed on gateofheaven/stbrigid.org

To order memorial trees or send flowers to the family in memory of WINIFRED "UNA" HAYES, please visit our flower store.
Send a Sympathy Card