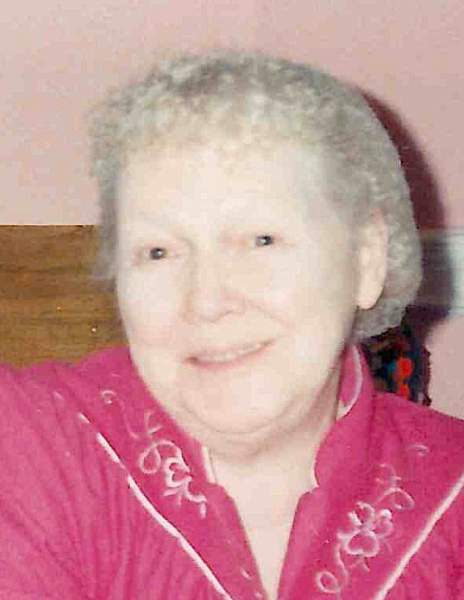 Shirley Murray passed away on Monday April 22, 2019 peacefully at West Revere Health Center in Revere, MA  after a brief illness. She was 89 years old. She was born in Lowell, daughter the late Hilding Anderson & Doris (Aitken) Anderson;  granddaughter of Nels & Neta (Johansdotter) Anderson, William 3rd & Melissa (Ayen) Aitken.  Her family moved to Revere in the early 1930s.  She attended Revere Public Schools through grade 8, leaving due to vision problems. While her peers were attending grade 9 she went to work at the Five & Dime in Beachmont. She met & fell in love with the love of her life, Donald Goss Murray. They were married in 1949. They became the proud parents of three sons, Laurence of Arlington, MA, Richard  of  North Carolina & Donald of Newton, MA.  She lived in Revere for over 87 years.

In her younger days she enjoyed the Lighthouse Cafe on Revere Beach & the Beachmont Yacht Club. She kept a beautiful & tidy home, which she enjoyed decorating for each season & holiday. She was very thoughtful, always remembering birthdays. She was very independent, one of the strongest women we have known.  She had a strong love of cats and always asked & cared about the family's pets.  She also enjoyed flowers, especially her husband's roses, and nature's beauty. She treasured visits from family.  Her grandchildren felt the she was one of their biggest cheerleaders; supporting their interest & dreams, even if they did not align with her own ideologies.  She was well liked, charming and a doll. She will be greatly missed but we are comforted knowing that she will be reunited with her love in heaven.

Shirley was survived by her sons; two sisters, Beverly Nicolas & Marjorie Anderson of Braintree;  six grandchildren & six great grandchildren. She was also survived by nieces and nephews. She was predeceased by her husband in 2007.

In lieu of flowers, remembrances may be made to ARLBoston, Animal Rescue League of Boston, c/o Advancement, 10 Chandler Street, Boston, MA 02116 [checks payable to the Animal Rescue League of Boston] or online www.arlboston.org/get-involved/ or to Hospice [payable to Hallmark Health VNA and Hospice] to: 178 Savin St., Suite 300  Malden, MA 02148 or online. www.hallmarkhealthhomecare.org/donation-opportunities/).  A celebration of life is planned for the summer.

To order memorial trees or send flowers to the family in memory of Shirley Elizabeth (Anderson) Murray, please visit our flower store.