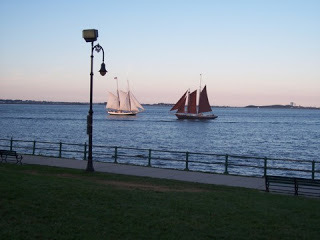 Hayes, Paul Brian of Dominican Republic and formerly of South Boson, died suddenly at the age of 69, in his home in the Dominican Republic, Saturday, July 25,2020.
Loving husband of of 30 years to Kathleen “Katie” (Fenney) Hayes. Beloved son of Margaret (Mahoney) Hayes of South Boston and the late John Hayes. Cherished brother of Jane Hayes Handrahan and her husband Mark of South Boston and the late Barry Hayes.
Paul proudly served his country in the US Army during the Vietnam War.  A Former member of Boston Harbor Yacht Club, Paul was an accomplished sailor who loved sailing the seas.
After meeting his wife Katie, he moved to Scituate and continued on after his retirement to Las Galeras, DR.  Paul, with his white beard and jolly belly, will be forever remembered as “Papa Noel” to the children of the Dominican Republic for his generous gift giving every Christmas.
All relatives and friends are invited to attend a Memorial Mass held in Paul’s memory in St. Brigid Church, East Broadway, on Tuesday, August 11, 2020 at 11AM

To order memorial trees or send flowers to the family in memory of PAUL Brian HAYES, please visit our flower store.
Send a Sympathy Card