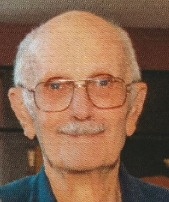 Mert Baker, of Barre and Hardwick Massachusetts departed this life on 25 May 2022 after suffering a heart attack at home in Killingly Connecticut. He leaves his daughter, Vicki Baker, and her husband, Tim St. Jean; and his stepson Christopher Baker and his wife Lisa all of Putnam Connecticut. He was predeceased by his brother Richard Baker, sister Judith (Baker) Palmer and his niece Laurie. He is survived by his niece Jennifer and nephews Rick, Scott, and Bill, and eleven grandnieces and grandnephews.

Mert was born in Chicago in 1928, the eldest son of Merton Orrin Baker and Alice (Blanchard) Baker and grew up in Barre. He attended Tufts University and served two years in the U. S. Army at Fort Bragg during the Korean Conflict. After graduating from Tufts in 1954, he returned to Barre, teaching science, shop, and driver education, as well as serving as the last principal at Barre High School. In 1967, Barre High was merged into the Quabbin Regional School District and Mert continued his teaching career at Quabbin until retiring in 1983. He was a member of Mount Zion Lodge in Barre, serving as Master in 1966 and again in 1978.

A life-long self-described “gun nut,” he was an avid machinist and gunsmith. From boyhood, he loved playing the harmonica, playing with the Harpo Club of Rutland and frequently jamming with his daughter and son-in-law as well as teaching new players. He was fascinated by flying and took flight lessons, building two gyroplanes. In retirement, he pursued his interests in guns, machining, flying and music. He continued working, both for Pioneer Hydropower as a hydroplant engineer and also serving as a “paperboy” for the Worcester Telegram, covering a long and far-flung route through Hardwick. He moved to Connecticut in 2019 and enjoyed the company of his family and friends old and new as much as he enjoyed his walks in the woods and playing his harmonica.

Memorial services will be private at the discretion of the family.

To order memorial trees or send flowers to the family in memory of MERTON BLANCHARD BAKER, please visit our flower store.

At the family request, a memorial service will be held at a later date.