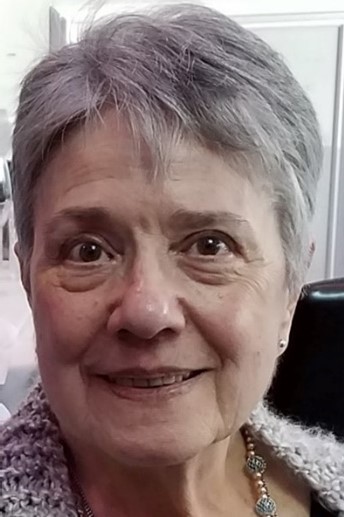 Mary was born on January 13, 1940, in Athens, Greece to Menelaos and Pamfilli Garyfalakis.

Mary was the Office Manager of AFRS – Athens, Greece (1964-1967) where she met and married Arnold Molloy in 1967. They returned to the States with their family in 1968 and settled in Somerset, MA. They lived there for more than 50 years and developed many close friendships.

Mary earned her B.S. in Accounting in 1984 from University of Massachusetts Dartmouth (Southeastern Massachusetts University). She was a bookkeeper and accountant for much of her career, retiring in 1997.

Mary was predeceased by her brothers George and Nick, her sister Lina, and her husband Arnold J. Molloy. She leaves behind two sons, John Molloy and his wife Yumiko of Pepperell, and Nicholas and his wife Lynne Molloy of Bradford, her cherished grandchildren Lynnsey and Alexandra Molloy, and many nieces and nephews in Greece.

In Mary’s later years she fed her thirst for knowledge with the pursuit of trivia and questioning “Mr. Google”. She enjoyed solitaire and zooming the halls in her scooter, which she called her “her Beamer”.

At Mary’s request, her body was donated to the University of Massachusetts Medical School for the advancement of science. Private funeral services will be held at a later date.

Memorial contributions may be made in Mary’s name to Wreaths Across America, P.O. Box 249, Columbia Falls, ME 04623, The American Heart Association or a charity of your choice

To order memorial trees or send flowers to the family in memory of MARY E. MOLLOY, please visit our flower store.
Send a Sympathy Card