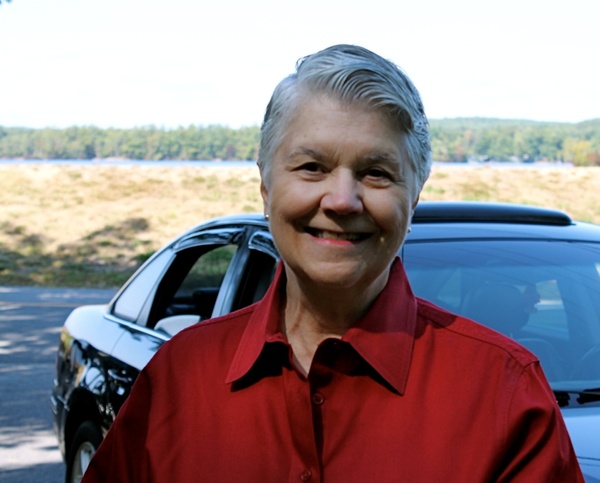 
DOHERTY, Lorraine Campo January 4, 1933 to December 27, 2020 Lorraine died after a brief illness, she was 87. Lorraine is survived by her oldest son, Stephen Doherty and his wife Monica from Garden City, NY; her daughter, Phyllis Sadowski and her husband Raymond from Lake Ariel, PA; her daughter-in-law, Maryann Doherty of Lunenburg, MA; and her daughter, Jody Cleary and her husband Brian of Hyannis, MA. Her son, Paul Doherty, predeceased her in May 2019.

Lorraine was born in Cambridge and was the oldest daughter of Salvatore & Catherine Campo. She is survived by her sister, Carol Hill of Chehalis of Washington and her sister, Janet Donahue of Nashua, NH. She was the proud grandmother of 7 grandchildren, 6 great-grandchildren, and many nieces and nephews. She was particularly close to her niece Gail Langenfeld Trudell of Ayer, MA.

Lorraine grew up in Cambridge where she lived until she relocated to Uniondale, NY in 1968. She returned to Massachusetts in 1974. She continued to work until she was 82, and only stopped due to a cancer diagnosis in 2015. Lorraine was an avid reader, who loved the theatre & listening to classical music & the opera. Lorraine volunteered at Rosie's Place in Boston for many years and also at The Boston Living Center for 17 years, where in 2004 she was presented with the "Outstanding Volunteer of the Year" award; which was given to her by then Mayor Thomas Menino.

Recently, when her daughter Jody needed to write her final thesis project for her bachelor's degree, she choose to do an oral history of her mother's life. At the end of this interview, Jody asked her mother to share her feelings about her life thus far. Lorraine said, "I'm most proud of raising you kids on my own. I'm proud of the individuals you have all become. You're good parents and good people." With regard to her family she continued, "I'm also proud of my grandchildren (she has 7) and great-grandchildren (she had 3 at that time), each in their own way is very special to me. I would just ask that they keep doing good work and remember that I'll always be watching you all. I love you all." You will be missed mom/Grandma La.

There will be no services at this time. A Celebration of Lorraine's Life will be held at a later date. The family would appreciate memorial contributions be made to Morrill Memorial Library, 33 Walpole Street, Norwood, MA 02062.

To order memorial trees or send flowers to the family in memory of LORRAINE C DOHERTY, please visit our flower store.