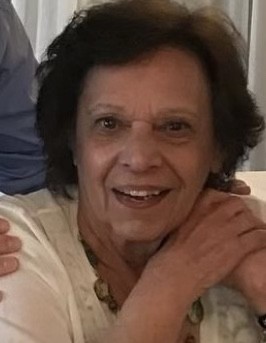 LYNCH, ANGELA MARIE(FERZOCO)
Died peacefully January 16,2022 surrounded by her family. Angela was born on September 18,1936 to Mary and Alfred Ferzoco of Hyde Park, MA. Angela is predeceased by her husband, David and her daughter, Donna Marie and Her brothers Donald, Joseph, Alfred, and Robert and her sister, Loretta. She is survived by her son, Stephen and his wife Kathy, and her daughter, Linda Conlon and her husband, Brendan, Son-in-law Gerard Penney,  her six grandchildren, and her five great-grandchildren. Angela graduated from Hyde Park High School in 1953. She raised her three children and work L.E. Mason for 35 years as the Executive Secretary. Angela was an avid golfer and won many golf tournaments. Angela was a fast learner and was great at everything she learned. She would take a cake decorating class and come out making beautiful cakes. She loved her family and loved spending time with them. In Angela’s later years, she was diagnosed with Alzheimer’s Disease and the family gathered together to make sure she was well cared and got to stay at home with her children. A funeral mass will be on Wednesday January 19,2022 at 10A.M. At Saint Theresa’s Church in West Roxbury, MA. Interment at Saint Joseph’s Cemetery in West Roxbury in which friends and family are invited. In lieu of flowers, the family would like donations made to the Alzheimer’s Foundation.

To order memorial trees or send flowers to the family in memory of ANGELA M LYNCH, please visit our flower store.
Send a Sympathy Card