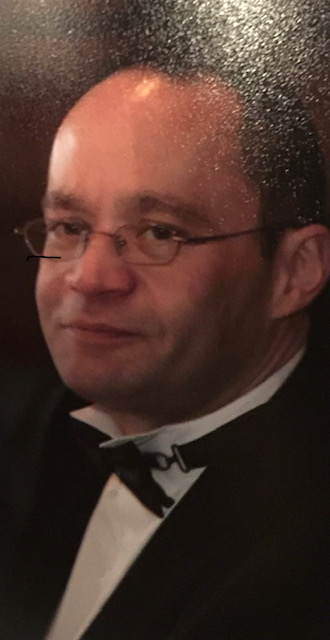 Paul was born in Boston, MA. he was the beloved son of the late E. John and
Pauline T. DiMaggio of South Boston. Dear Brother of Pauline Petrella and the late Dominic of Burlington, Virginia Rizzi and the late William of Sandwich, Marie Aiello and the late John DiMaggio of Braintree, Joanne and Louis Polcari of Weymouth, Christopher and Linda DiMaggio of Quincy, Richard and Joy DiMaggio of Suffield CT., Deborah and Eliezar Dawidowicz of N. Falmouth, Toni and William DesRoches of Melrose, Mary and Joseph Dillion of Waltham, Joseph and Fayelle DiMaggio of Quincy and Peter DiMaggio of Weymouth. Paul was a graduate of Boston College High
School. He spent a vast part of his career employed at Massachusetts Eye and Ear
in Boston before moving onto TSA at Logan Airport as Instructor/Supervisor. Paul
was known by many to be kind, caring, compassionate and religious. He loved the
finer points of life including Museums, Art, Travel both domestic and abroad. He
had a quick wit and well honed sense of humor, as evidenced by his humorous
postcards and letter from his travels. Paul was a fun person to spend time with.
He loved life! He also enjoyed a spirited conversation with anyone who was up to
the task. Paul came from a family of twelve, but definitely had his own passions
which made him loveable and unique. When Paul wasn't working, traveling or on
his motorcycle he enjoyed cooking with family and friends. Paul was a loving
brother, uncle and amazing son. Paul's kindness and generosity will be
remembered by his brothers and sisters as well as his many nieces, nephews and
extended family members. Paul all of our hearts are broken that you were taken
so unexpectedly. Your memory will never leave us, because you will be forever be in our hearts. We Love You! Visitation in the Wm. F. Spencer Funeral Home 575E.Broadway South Boston (at Hst) on Monday Oct. 18, from 11 Am to 12:30 AM. Prayer Service at 12:30 with Rev Joe White. Interment Gethsemane Cemetery.in lieu of flowers donations in Paul's name may be made to St. Judes Hospital, 262 Danny Thomas Pl. Memphis, TN. 38105 www.spencerfuneralservice.com

To order memorial trees or send flowers to the family in memory of PAUL ANDREW DIMAGGIO, please visit our flower store.
Send a Sympathy Card